The Food and Drug Administration is preparing to stop Juul from selling e-cigarette products in the US, and the decision could come soon, according to a report from The Wall Street Journal.

Along with other e-cigarette makers, Juul submitted its products to the FDA for review in 2020. The agency was looking into the possible benefits of vaping as an alternative to cigarettes, but the popularity of the products among young people has had the opposite result .

Beyond the FDA, Juul has faced multiple lawsuits costing tens of millions of dollars over accusations of marketing to minors. In reaction to the news report yesterday, many vapers have apparently rushed to stock up on Juul supplies ahead of the possible sales ban.

The company has ‘big plans to launch a US-supported smartphone in the future.’

Nothing’s debut transparent-shelled Phone 1 smartphone won’t be coming to the US, the company confirmed to PCMag. “While we’d love to bring Phone 1 to the entire community around the world, we’re focusing on home markets, including the UK and Europe,” the company said in a statement.

Nothing hopes to make it big in America one day: “We have big plans to launch a US-supported smartphone in the future,” the company added. The challenge could be lasting long enough to follow up its debut phone with another device. It’s very hard to launch a new smartphone — especially if you’re a new company.

Pro in name only. 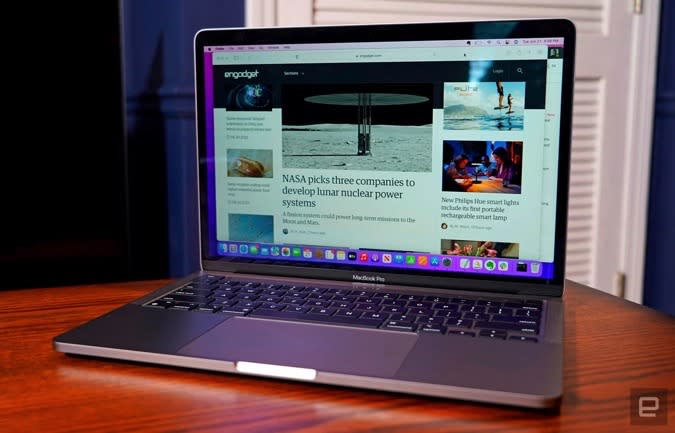 It’s another weird new MacBook from Apple. The new M2 chip gives the MacBook Pro a nice performance boost, but its Retina display lacks ProMotion and the thin bezels we’d expect from a computer today. And with just two USB-C ports, it’s hard to recommend as a machine for professionals. Most of us would be better saving up a little bit more for the 14-inch MacBook Pro with a far better screen and more ports.

In a blast from the past, you can pay for your ride with cash — kind of. Lyft has introduced an option to pay for rides using cash. Visit 35,000-plus stores like Walmart, ACE Cash Express and Kroger and you can present a barcode or ID number to turn physical money into a balance accessible through the Lyft app or website. You’ll have to scan approved identification after requesting your first ride.

At Amazon’s re:MARS conference, Alexa’s senior vice-president Rohit Prasad exhibited a startling new voice assistant capability: the supposed ability to mimic voices. Amazon framed this copycatting ability as a way to commemorate lost loved ones. It played a demonstration video in which Alexa read to a child in the voice of his recently deceased grandmother. An Amazon spokesperson told Engadget the new skill can create a synthetic voiceprint after being trained on as little as a minute of audio of the individual it’s supposed to be replicating. So far, there’s no timeline whatsoever as to when or if this feature will be released to the public.

It launches this week.

We launched our @EngadgetDeal’s Twitter account two years ago, and now we’re expanding our deals to a new newsletter — don’t worry The Morning After is going nowhere. You can subscribe now to get the latest deals on our favorite consumer electronics delivered to your inbox regularly — the first issue goes out later today. Expect some pretty major deals, like up to 46 percent off Amazon’s Omni Fire TVs and the first discounts on the latest product launches, like Sony’s LinkBuds S, which have dipped under the $180 mark.

The future of urban housing is energy-efficient refrigerators

6 Gadget Projects That Look Good on Your Resume

Researchers made cyborg locusts that can smell cancer