Carl Pei thinks there’s something wrong with the smartphone industry. Like a lot of us, Pei has started feeling like new phones just aren’t as special as the devices of five or 10 years ago.

He thinks the big players are all circling the same ideas in smartphone design. (Something true for at least a decade now.) And that’s where his new company, Nothing, comes in. Pei wants to bring some originality back to mobile tech design. “Maybe we can turn down the brain a little bit and turn up the intuition,” said Pei. Check out our full interview with the former co-founder of OnePlus.

While we haven’t properly tested the device yet, the Nothing Phone 1 is already available to pre-order — you just need an invitation. Word of warning: Nothing has already said the Phone 1 won’t officially come to North America beyond a closed beta for a handful of private community investors. The device should work but won’t have full support.

Me? Well, I live in the UK. Sorry about that.

Contrary to reports, it’s still in its early stages.

Company co-chief Ted Sarandos confirmed at the Cannes Lions festival that Netflix is ​​adding an ad-backed tier with a lower price. He stressed the option wouldn’t bring ads to Netflix “as you know it today” — as with rivals like Peacock, you’ll still be able to avoid marketing altogether.

Sarandos didn’t share further details. However, The Wall Street Journal reported that Google and NBCUniversal are the “top contenders” to help Netflix build the ads-included plan. A Netflix spokesperson told Engadget the company was “still in the early days” of developing the ad-based tier and hadn’t nailed down its approach. It’s all “speculation” at present, the representative added.

With a new chip and display.

In his latest Power On newsletter, Bloomberg’s Mark Gurman reports Apple is readying a new HomePod speaker that will look and sound similar to the original 2018 model. As you may recall, the company discontinued the HomePod in 2021 without announcing a direct replacement. According to Gurman, the new model may feature Apple’s forthcoming S8 chip and an updated display on the top of the speaker that may include multi-touch functionality. While the original had a display of sorts, it didn’t really show information beyond a Siri ‘orb.’

It has delayed the FDA’s ban on its vape pens and pods.

Juul has successfully convinced the United States Court of Appeals for the District of Columbia to delay the Food and Drug Administration’s ban on its products. The agency recently banned Juul from selling and distributing its e-cigarette pens and pods in the US after a comprehensive two-year review.

Despite Juul’s accusation that the administration’s ban was “arbitrary and capricious,” the FDA said it was banning the company’s products because it didn’t submit sufficient evidence proving that potentially harmful chemicals don’t leach from its proprietary pods into the vapor users inhale.

The Thiomargarita magnifica is as long as a human eyelash. 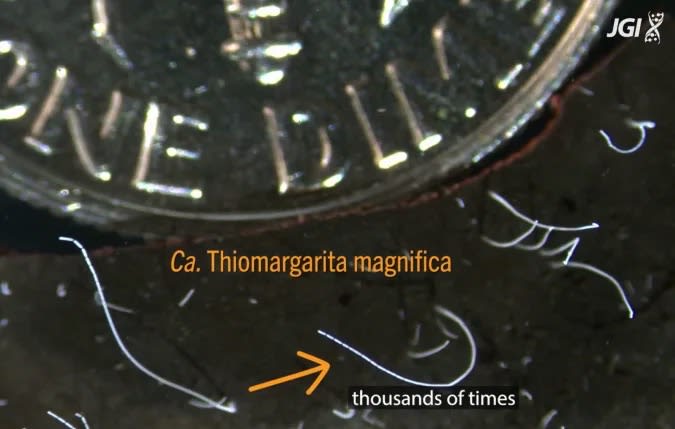 A bacterium classified as the largest ever discovered needs no special tools to be visible to the naked eye. Thiomargarita magnifica, as it’s called, has a filament-like appearance and can be as long as a human eyelash. The BBC explained it’s bigger than some more complex organisms, such as tiny flies, mites and worms.

Facebook is bombarding cancer patients with ads for unproven treatments

The best gifts for new dads