Assassins seem to exist only in the movies or on TV shows. Think about it: have you ever encountered one in real life? Or heard about them on the news? They seem to exist in the minds of Hollywood screenwriters, who love using them as easy-to-watch protagonists in their works. The whole John Wick franchise is supported by the belief that assassins are not only real but are inherently interesting.

the 2022 action movie Bullet Train doubles down on the assassin angle by having almost its entire cast portraying ruthless killers who are stuck on a high-speed bullet train in Japan. It’s a concept that stretches credibility, but also is a hell of a lot of fun to watch. But where and when can one watch Brad Pitt fend off countless hordes of assassins while still looking impossibly cool? We have the answers for you!

Where is it streaming?

If you want to see assassins from around the world try to kill each other in very elaborate ways, then you should head toward one platform where you can watch the movie for free with a subscription. Netflix will be the streaming home for Bullet Train for the foreseeable future.

Netflix is ​​still considered to be one of the pioneers of the streaming world. The subscription service provides thousands of hours of content in the form of movies and television. Netflix’s original programming boasts some of the most popular television shows in the world, including StrangerThingsThe Crown, and the watcher. In recent years, Netflix’s lineup of original films has included prestigious dramas like The Power of the Dog and The Irishman, blockbusters such as The Gray Man and Red Notice, thrillers like Where the Crawdads Singand romantic films like Purple Hearts and The Kissing Booth.

When does it stream for subscribers?

How much does it cost? 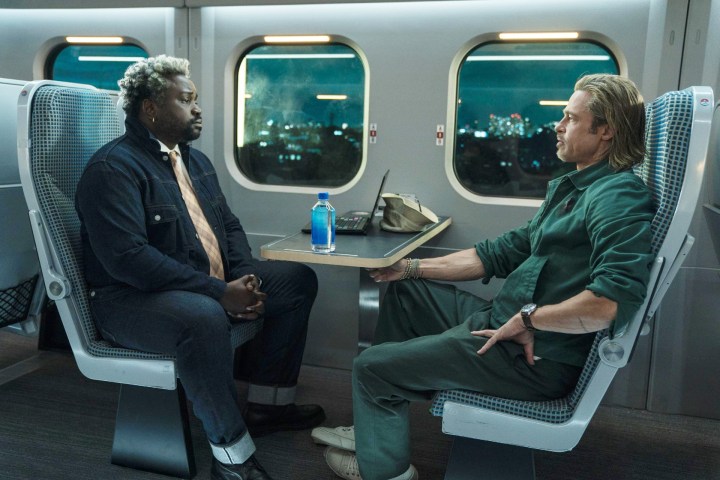 The fourth plan is the basic plan with ads. Starting in November 2022, this brand-new ad plan costs $7 per month. Users can access Netflix on this plan via one supported device at a time. Ads will be shown before and during most shows and movies. Some movies and TV shows are unavailable due to licensing restrictions, and downloads are not included.

Is it worth it?

Sure, just don’t expect a movie with much depth or originality. Bullet Train is all surface pleasures and its neon-soaked visuals and post-modern dialogue seem borrowed from other movies. Yet like David Leitch’s other movies, particularly Atomic Blonde, its breathless pace and tight fight choreography make up for these flaws.

It helps that the cast is fantastic. In addition to Pitt, there’s Aaron Taylor Johnson, Causeway’s Brian Tyree Henry, Joey King, Andrew Koji, pop singer Bad Bunny, Zazie Beetz, Michael Shannon, Logan Lerman, and in a cameo, Sandra Bullock. The movie overstays its welcome a bit at 126 minutes and is rated R for violence and all kinds of assassin-related mayhem.

Currently, Bullet Train registers an OK 53% on the tomatometer on Rotten Tomatoes and has a critics score of 49 on Metacritic.

Will Grayscale be the next FTX?